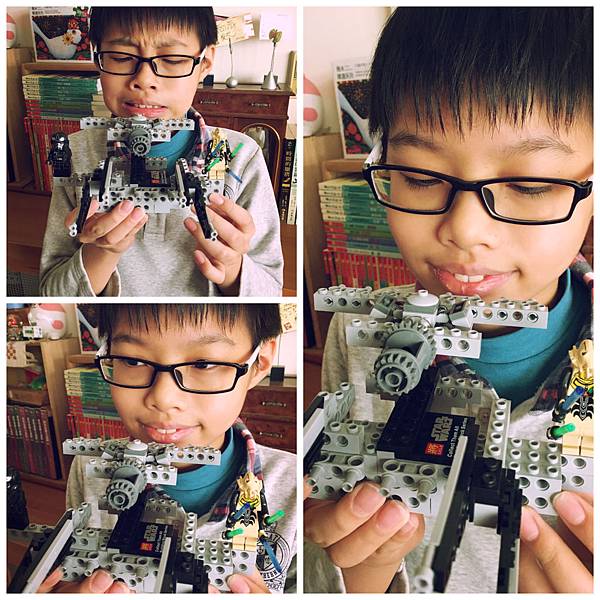 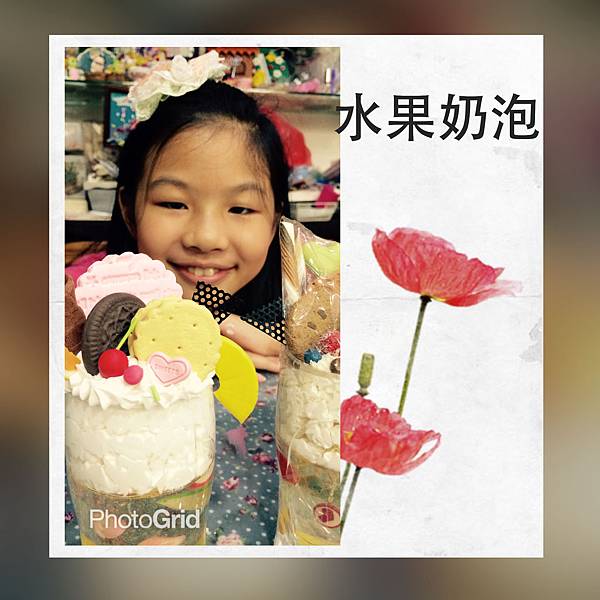 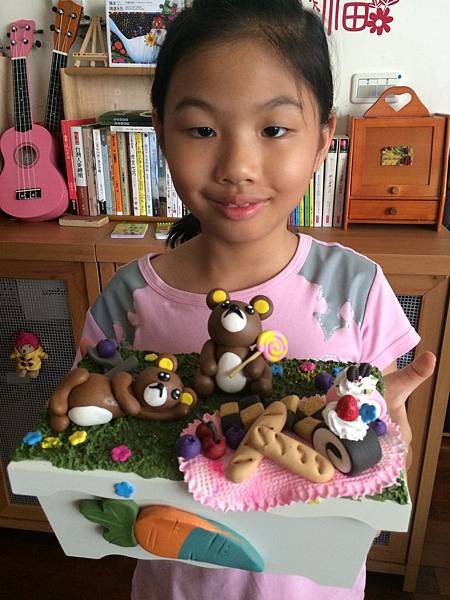 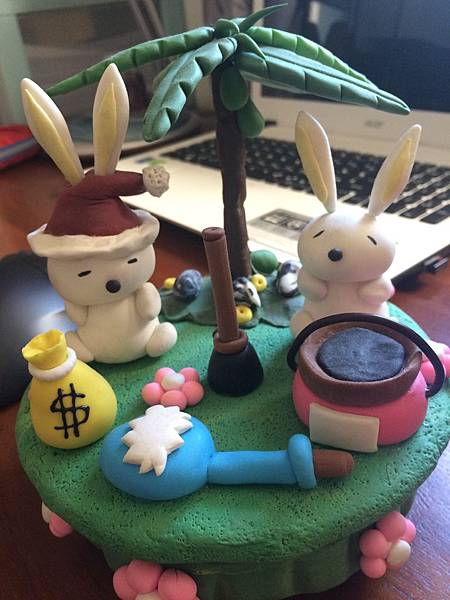 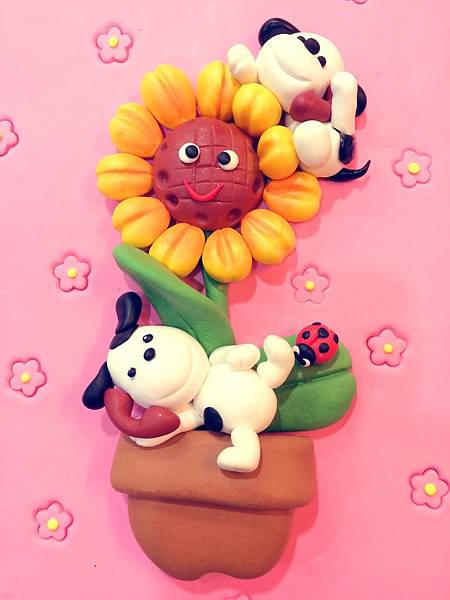 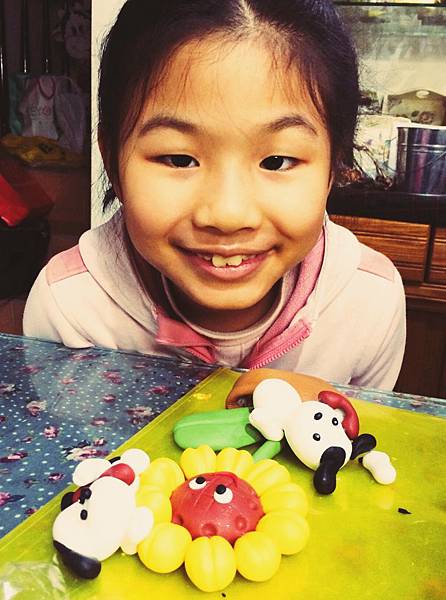 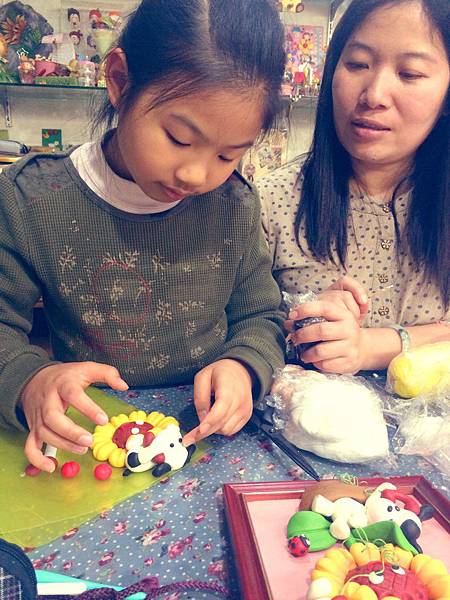 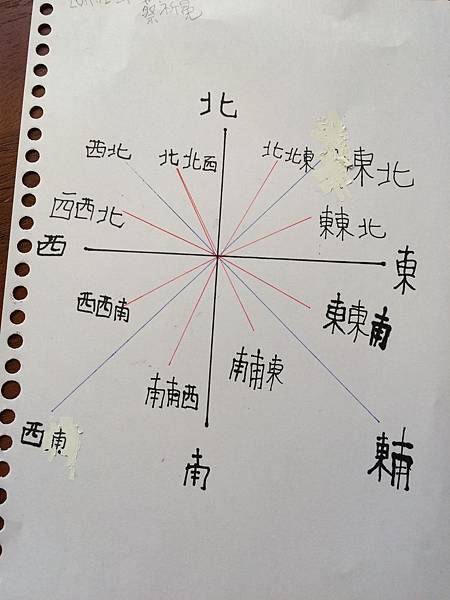 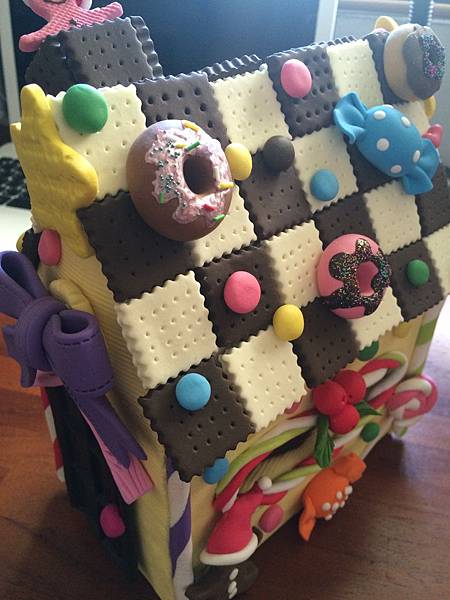 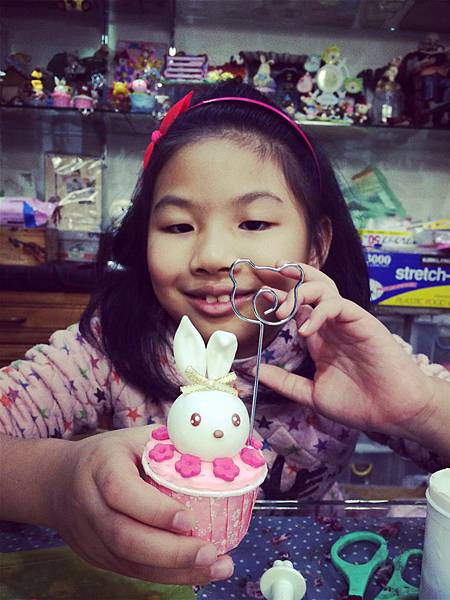 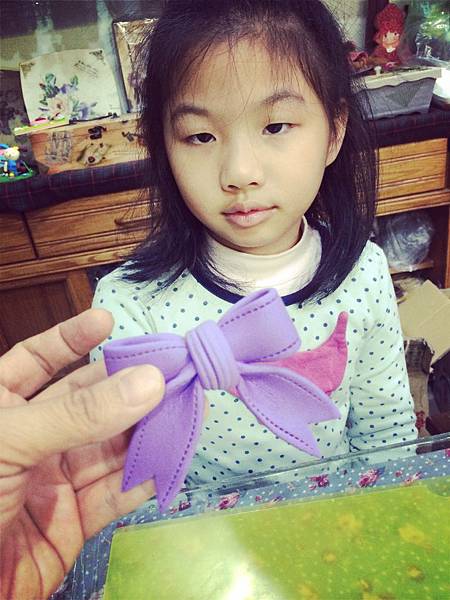 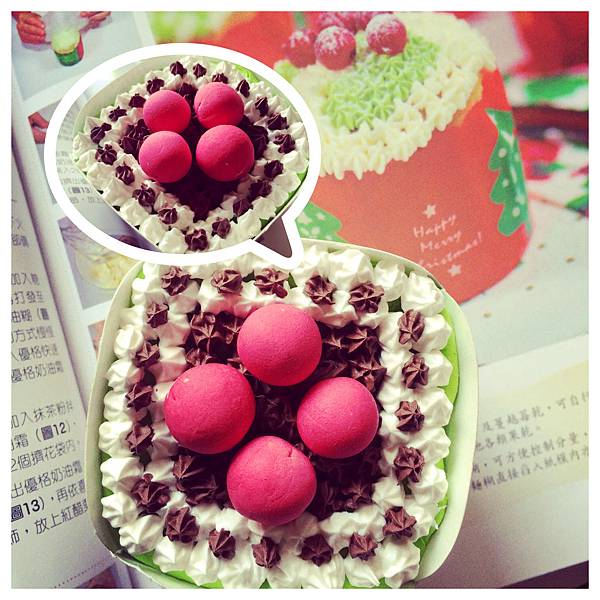 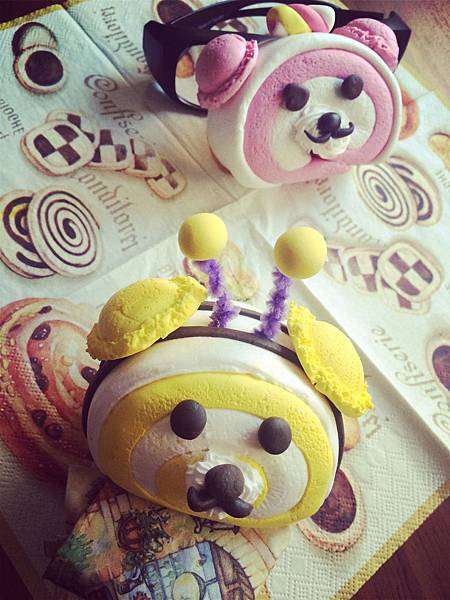 When I made the Matcha Bear, I figured that the measuring spoons I used were not deep enough to shape the ice cream ears as the Coco Bear I did in Ms. Ho’s class round and big. Upon knowing my difficulty, Ms. Ho gave me a set of measuring spoons. 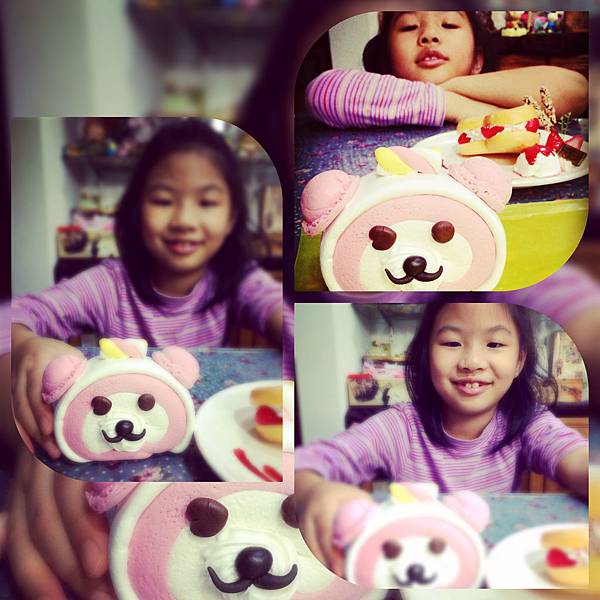 After Coco Bear for daddy and Matcha Bear for Eric, Today, in Ms. Ho’s class, I made another bear for mummy. I called her Strawberry Bear. 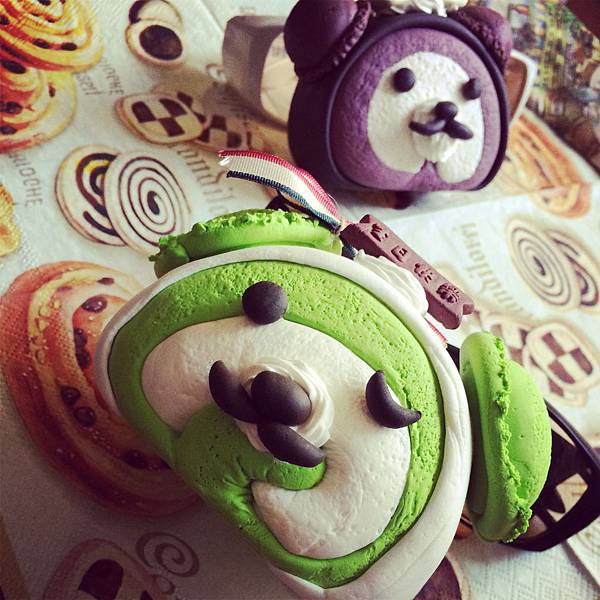 After the instruction from Ms. Ho on the Coco Bear Cake Roll (for my daddy), I decided to make one more cake roll at home. 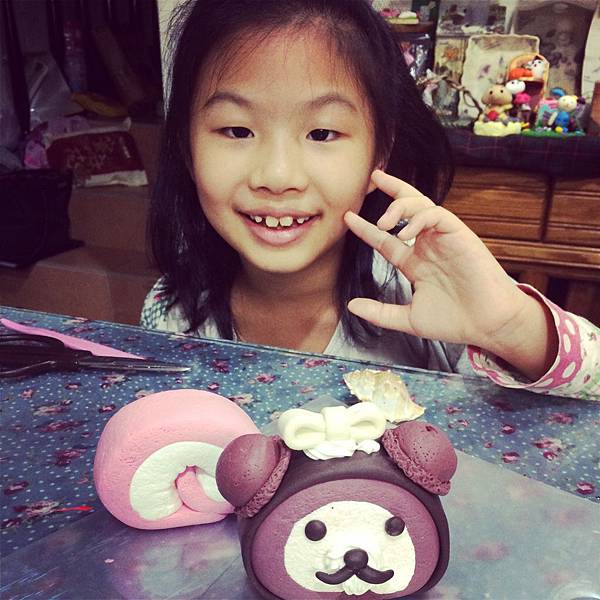 Since the very fist time when I made my very first cake roll, to tell you the truth, I felt incredibly frustrated. It looked just not right. It looked…it looked…looked…very…ugly. 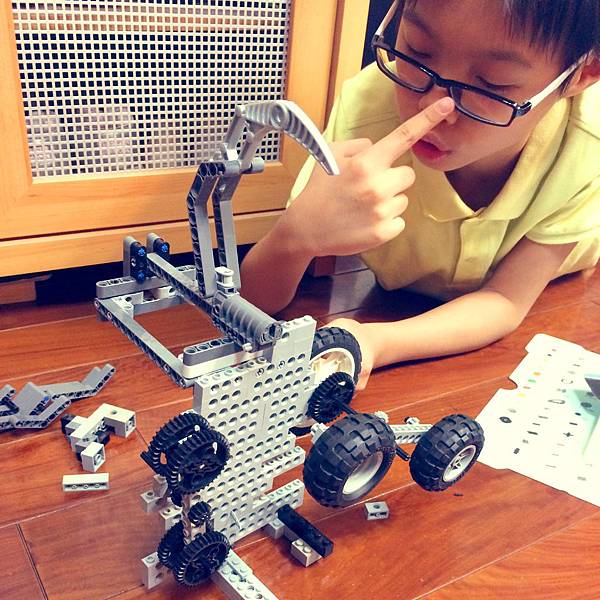 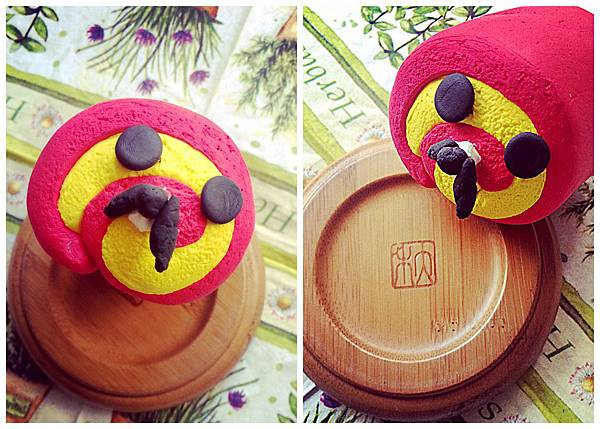 This was my first trial on making a cake roll. 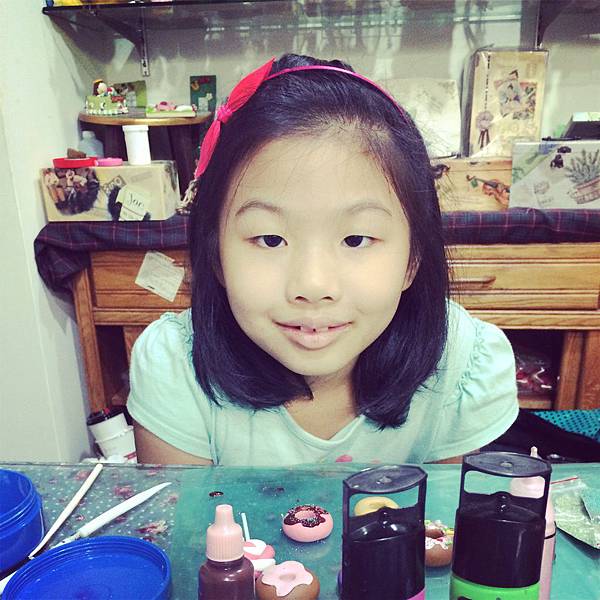 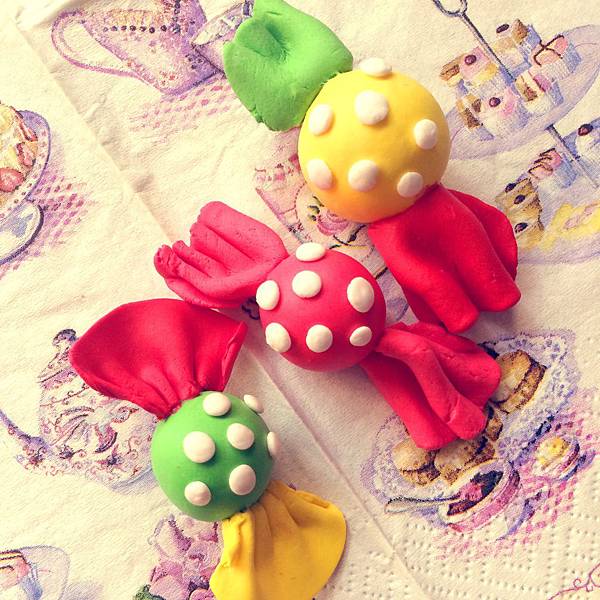 They are the candies that Peggy and I made yesterday. Take a guess, which is mine? When I asked Eric last night, without hesitation, Eric said the first one, counting from the left. So curious I was, further asking his reason. Since that one is the ugliest, still without hesitation, most of all without consideration. Admitting the third one is mime, I burst into laughter, meanwhile Peggy, feeling shameful, rushed into the bedroom, jumped onto the bed, almost crying. I told her, as I followed after her, facing criticism, she should learn to be open-minded (even though it is really hard for me, too).