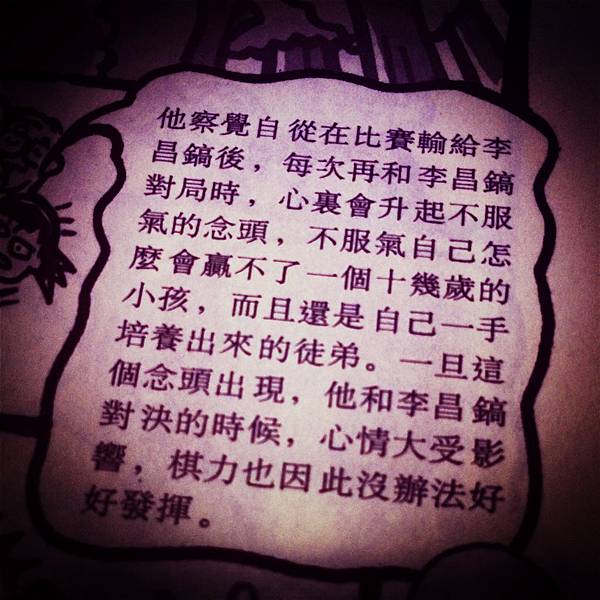 “Eric felt really irritated not because he lost the player who he least wanted to lose.” The sentence is from my previous article <A Big Game, a Big Day!>. 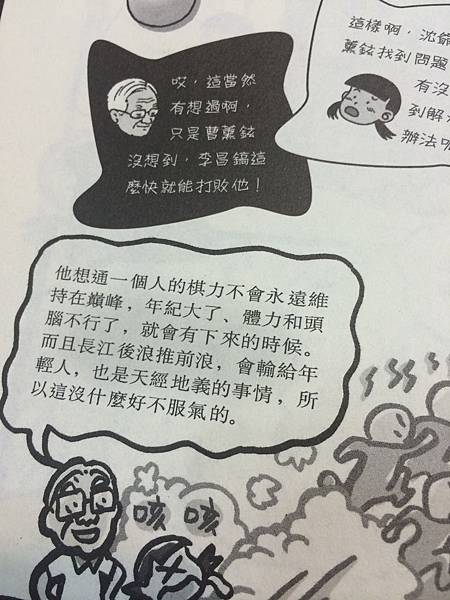 The words in the picture reveal the feeling when Cho Hunhyun, a Korean 9dan professional Go player, play Go with his student, Lee Changho, also a 9dan professional Go player. Cho Hunhyun just couldn’t understand why he would lose his student. Since the first game played with Lee Changho, he never win. As time went by, a very long time after obessed with the heavy feeling, absolutely reluctant to lose, that led to the failure to put his skills to good use, Cho Hunhyun finally found his way out.

He changed his mind. He would get old, he would turn weak, he would think slower, than the younger. He would never stay the top. So, there is nothing he could feel reluctant.

Reviewing that page of the story, Eric eventually worked his mind out. He cared too much about his Go player. He just couldn’t stay calm and think clearly. Therefore, he lost what he thought an important game. “I think, I come to my senses,” Eric said.