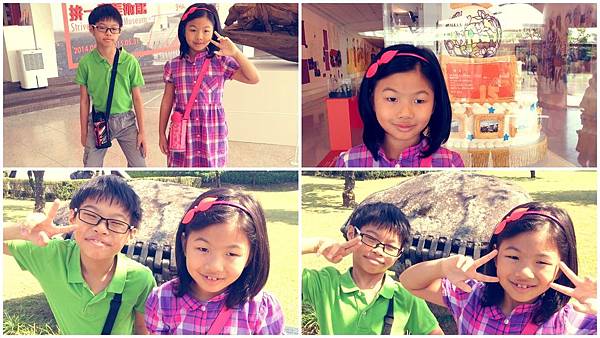 We haven't been looking forward this two-day northern east trip for this weekend, especially kids, not until kids' dad booked a room for October 26 a week ago. Peggy couldn't help but grumbling that we haven't been taking a trip for quite a long time since June. Obviously, how excited she was about traveling! Juming Museum was the very first stop of our two-day northern east trip in Taiwan. 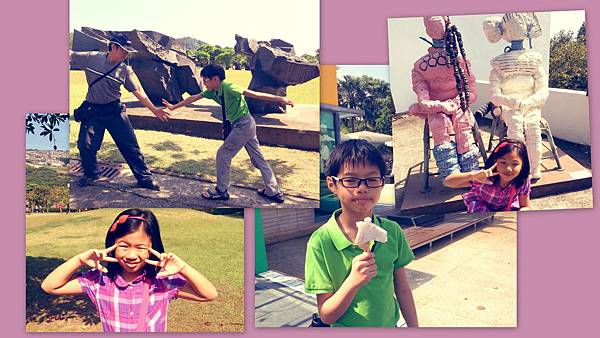 Once arrived Juming Museum, we toured "Our Story – Strive for an Art Museum", a special exhibition dedicated to display Ju Ming’s devotion and persistence of the art. Ju Ming has long earned the reputation of creating Taichi Series, Living World Series, and recently Ceramic Living World in art circles.

Coming out of the interior of the museum, kids were quickly impressed with one of Ju Ming's interesting works, Zipper Stone. After eating the Taichi Ice Pop,which will cost you only 30 NT dollars, if you give the cashier a 10 NTD coupon that goes with the ticket, in front of them comes the Taichi square. Ju Ming's famous work, Taichi Series works originated from his practice of taichi boxing (learn more about Ju Min'gs Taichi Series, see this link).

Kids know a little about Taichi from their uncle. He is a Taichi practitioner, like Ju Ming. Eric had the experience in person. Just little strength and soft movement helped his uncle push Eric farther away. 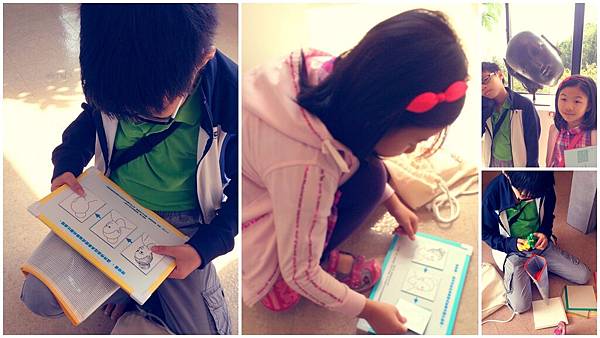 Stop by the Taichi Square for a while, we kept on seeing "A Symphonic Concoction: Sculpting Art in Taiwan in the 1980s" (more information see this link) in GalleryII of Juming Museum. In this exhibition, the museum focuses on the artworks, historical documents, and interviews in the 1980s in order to take we, the audience, into the minds of the artists to understand their actions and influence on sculpting art in Taiwan. 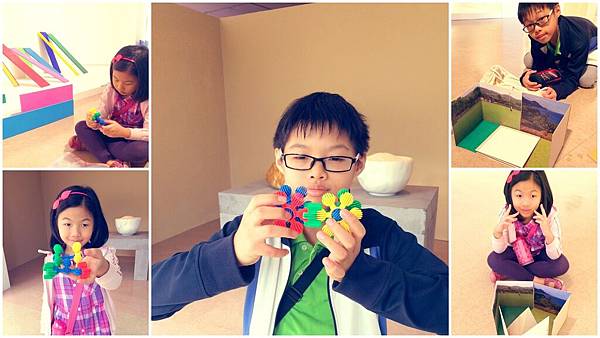 There, kids were given a task in the form of activity sheets to help them get more background knowledge of the three concepts: Abstraction, Avant Garde, New School; Space, Sculpture, Experiment; Society, Reflection, New Subjects. First, based on the artwork from Lee Kuan-Yu, Meditation I (凝 I), kids tried to use the materials in each of their borrowed backpacks to get the feeling of from concrete to abstract ( Abstraction, Avant Garde, New School). Besides, they not only build cars (both Eric and Peggy had the same idea) by using the blocks in each of their backpacks (Space, Sculpture, Experiment), they also tried to draw their own imagination aroused by the concepts of a drying place ("Water II" from Onion Hsu) and a noisy room ("Time and Space" from Wu Mali) (Society, Reflection, New Subjects). 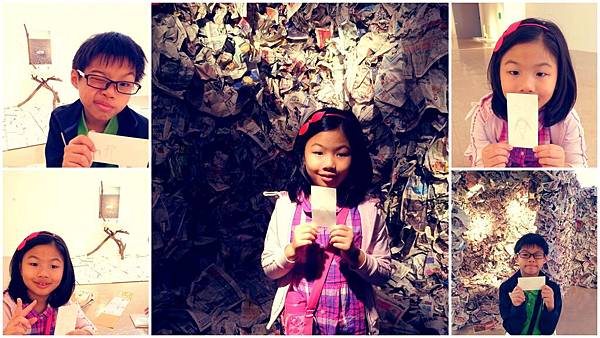