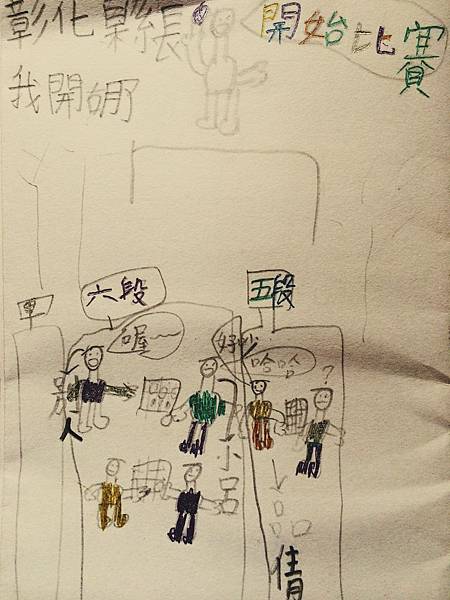 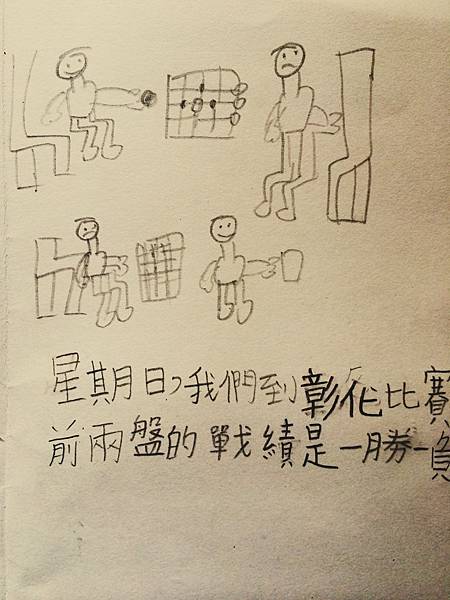 Like Peggy, Eric won his first game but lost the second. 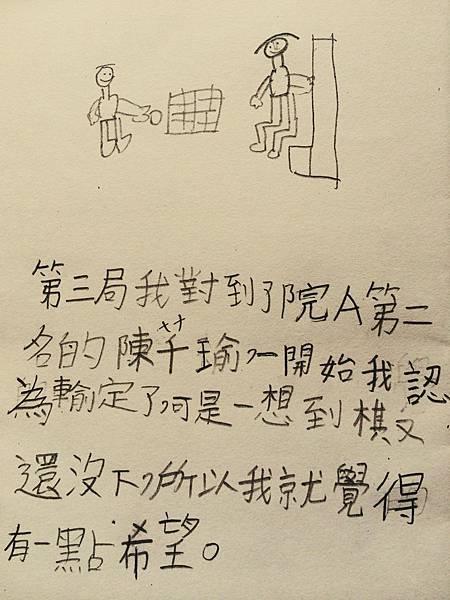 When it came to the third game, upon knowing his rival, a ki graduate of the Taiwan Ki-in, Eric felt hopeless. But, we were all blessed that Eric finally chose to look on the bright side. “I haven’t played yet, anyway.”

There had been some fights between the ki graduate and Eric. He kept gaining the advantage even though it was just a little bit. However, as she, out of Eric’s expectation, made a contact play, which reversed the result and consolidated Eric’s advantage. Eric’s rival still played quite well in the endgame. But, due to her losses in the middle game, a good luck charm, and his carefulness, my son eventually won the game, beyond everyone’s expectation. 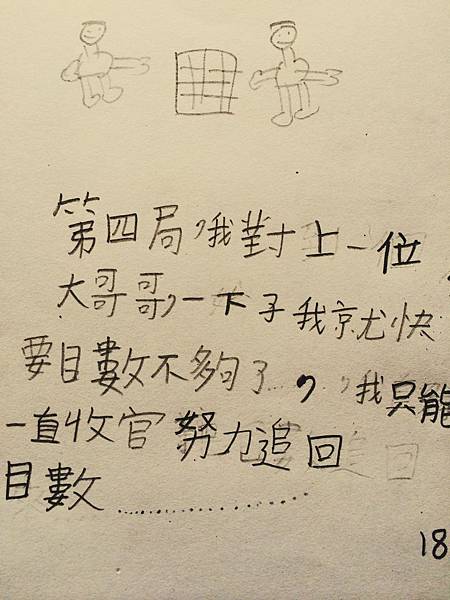 In the fourth round, Eric met a go player whose age is much older. Eric was almost out of his points, so the only thing he could do was to catch up with some points in the endgame. At the time when the result was still even, Eric accidentally found that there was a dragon in which his go player didn’t make it alive. Grab this great chance, Eric’s next move forced the big brother to do nothing but resign. 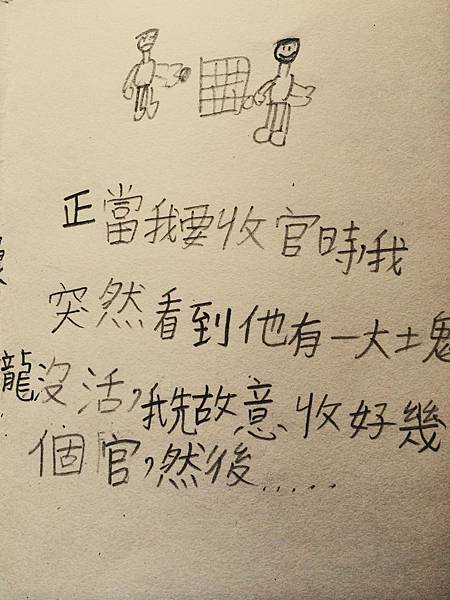 Eric ended up gaining the fourth place in this Go tournament. Since he reached 6d on April, so far he had his best performance. That’s why he titled his book “Changhua County Magistrate, I won!” 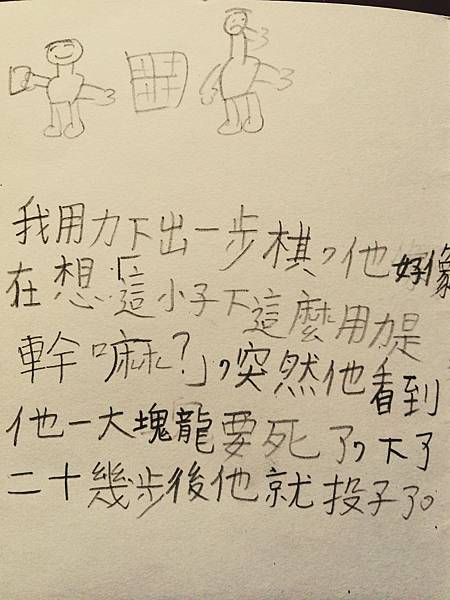 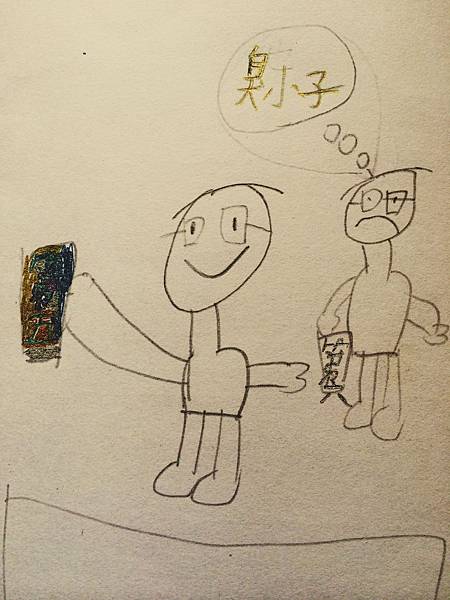